Working in the Word Mines – Reviews 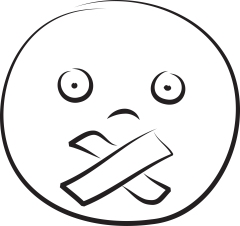 When you get reviews, and Cthulhu willing, you will, some of them will be bad.  And not just bad, either.  Mean-spirited.  Dumb.  Incoherent.  And the worst one of all, correct.

It happens.  Don’t worry about it, and for the love of all that you hold dear in this world, do not reply to them.

Consider reviews to be in ReaderSpace.  You can see into ReaderSpace and learn from what goes on in there, and you should, but if you interact with it, you’ll catch on fire and explode.  On the internet.  In front of everyone.

But bad reviews hurt my sales!

If most of them are bad, then yes.  However, if I might tactfully suggest something, if most of your reviews are bad, your main problem might not be mean people on the the internet.  A few bad reviews won’t hurt you, and in fact, if you only have a handful of reviews and all of them are awesome, then people are going to assume those are all from your friends and family.

Go to Amazon, and check out the reviews for books you consider to be above reproach.  The Name of the Wind has over a hundred 1 and 2 star reviews.  Does that mean it sucks?  Of course not, don’t make me punch you.

But the reviewer is complaining about stuff that doesn’t even happen in my book!

I feel your pain.  This is actually really hard for me, because completely independent of wanting to refute a bad review, the urge to factually correct someone that your epic fantasy did not, in fact, contain any space aliens, can be overwhelming.  People will read all kinds of stuff into your work, and there’s nothing you can do to change that fact.  Disagreeing with them will have zero effect on their convictions.  Your elf space troopers will still annoy them, whether they are actually there or not.

But I agree that the reviewer found a problem and I want to thank them!

This is wonderful and a lovely sentiment.  If you can thank them outside of the review area, feel free!  If not, then stifle the urge.  Showing up in a review area, whether as an Amazon comment to their review or in a thread on a blog, is a bad idea.  It contaminates the area, for lack of a better term, and makes everything weird for your readers.  As a result, you might get fewer reviews of all kinds.  Or your good reviews might suddenly become suspect.  If nothing else, you’ll seem unprofessional.

Check for common complaints.  For example, the number one complaint about Bad Radio is that nobody knows what the title means.  It makes no difference what I have to say about it, if I keep hearing that, it’s a problem.  I learned, and hopefully, fixed the issue with a two sentence revision.

Look for words that indicate pacing issues, even in good reviews.  Stuff like, “At first it was boring, but then wham!” are warning flags.  Just because they stuck with you long enough to be entertained doesn’t mean that everyone will.  Make a note of it for next time.

Also, don’t dismiss people complaining that it wasn’t the kind of book they normally like.  This isn’t a case of a crackpot randomly selecting your sci-fi book and then whining that it wasn’t a murder mystery, but instead a sign that your cover or blurb may be misleading.

As painful as they are, bad reviews are valuable.  Don’t waste them.

Just remember: “Praise is like candy.  Delicious, but bad for you.” – Paraphrased from every article on criticism, ever.