KS Alert: There Came An Echo 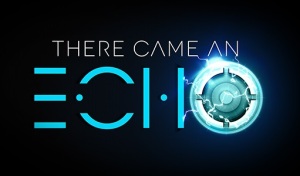 I want to tell the truth here.  I would never have taken a look at this Kickstarter if Wil “Look at my manly beard while I brew this beer” Wheaton hadn’t been associated with it.  He tweeted, I clicked like a lemming, and things got interesting.  In that order.

First of all, I learned that TCAE is a tactical squad game that is controlled entirely by voice.  Yes, that’s weird.  But also brilliant.  If you’ve ever played a squad tactics game, maybe the recently released X-COM:Enemy Unknown for example, then you’re familiar with the ubiquitous voice that follows you around telling you what you should be doing in every mission.  You know the one: “It’s an Atomic Skulleater!  Quick, try diplomacy!”  and “We had to identify the last team we sent in here by their teeth.  They were collected over a one mile radius.  Good luck!”  Well, in TCAE, you get to be that disembodied know it all.  FINALLY.

I also learned that Mr. Wheaton is doing voice work for the game.  Woot!  If you’re fan of his acting, and I totally am, then you’re going to be happy he’s involved.  But if you’ve listened to his voice work narrating books, then you’re already reaching for the pledge button.

Then I watched the gameplay demo and my wallet fell completely out of my pants. I love the idea that the squad talks back, asks specific tactical questions, and that’s not even getting into the challenge of guiding a group of operatives through a combat mission just by yelling at them.  The whole idea is bananas.  And awesome.

I have no association with the game or the studio, but I am a game nut who wants more developers to take chances and do something unique.  There are plenty of me-too Diablo/CoD/Bioshock clones already.  As a gamer, I want to support and encourage this kind of thing because I know how risky it is.

So give Jason Wishnov at Iridium Studios a minute and watch the pitch video.  Then join me in throwing money at the screen: