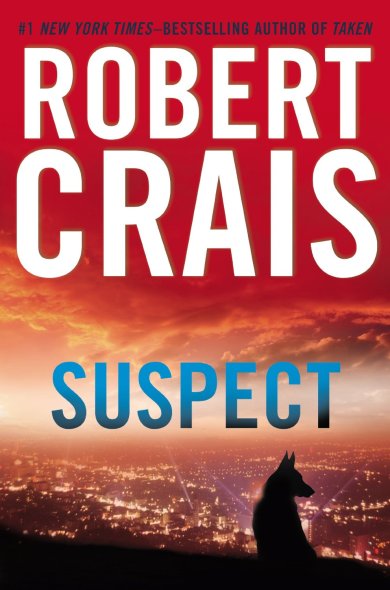 This book made me cry on an airplane.  And not like that time when they ran out of Ginger Ale one row before they got to me, either.  That was cruel and hurtful.  This was the kind of crying that every author strives to hit his readers with at the end of a story: cathartic and joyful.

On the surface, Suspect is a police procedural.  But underneath that chassis, the real engine driving the narrative is the interplay of two very different protagonists fighting against the same pain and reaching for the same sort of redemption.

The kicker?  One of them is a dog named Maggie.  She starts as a Marine and winds up one half of a police K-9 unit, and she’s no less compelling a character than the human protagonist.  She even gets her own chapters, told from her point of view.  It might sound a little gimmicky, but Crais pulls it off beautifully and believably.

While the parts of the book involving the police work are well done and interesting, the power comes from the thread of hope and tenacity that runs through the book like electricity.

I can’t really give it any higher praise that that.  This book is worth your time, go pick it up.